Get fresh music recommendations delivered to your inbox every Friday.
We've updated our Terms of Use. You can review the changes here.

The Night Guy at The Apocalypse Profiles of a Rushing Midnight

by Hamell On Trial 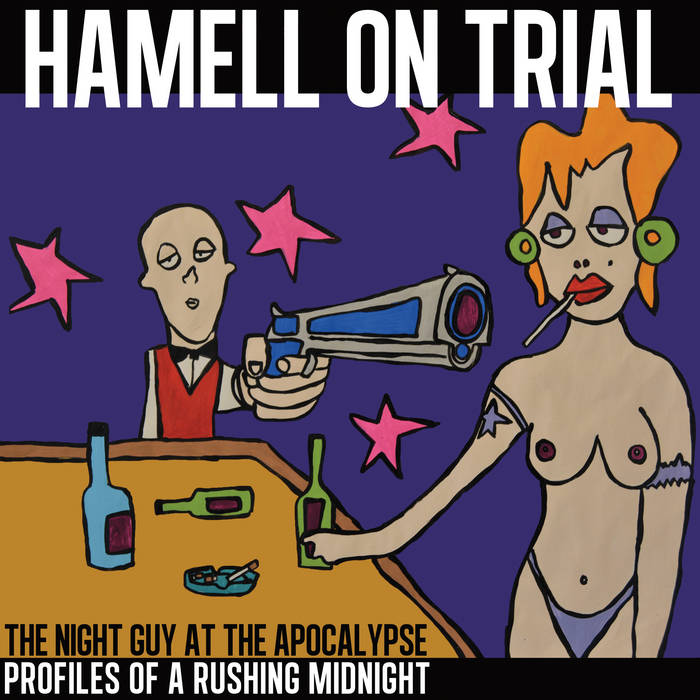 Jonathan Evans Close my eyes, inject a little vodka into my arm and it's almost as though I'm watching Hamell live again. No place I'd rather be.

Ed Hamell aka Hamell on Trial is releasing a special one-off album on Saustex Records early this fall titled 'The Night Guy at The Apocalypse Profiles of a Rushing Midnight' - and it's now available for immediate delivery.
The album, recorded entirely on his cell phone at locations as far-fetched as the bathroom of The Keflavik International Airport in Iceland and in his car in a parking lot in Detroit, is a rambling 13 song tale full of sex, violence, substance-abuse and revenge that is centered around a fictional tavern called The Apocalypse. Not for the faint of heart this album would probably carry at least two parental advisory warnings on the cover, if we did that sort of thing. With the permission of the good folks at Ed's label New West Records we're putting out this record on limited edition vinyl and digital only.

If you like The Night Guy at The Apocalypse Profiles of a Rushing Midnight, you may also like:

Bandcamp Daily  your guide to the world of Bandcamp